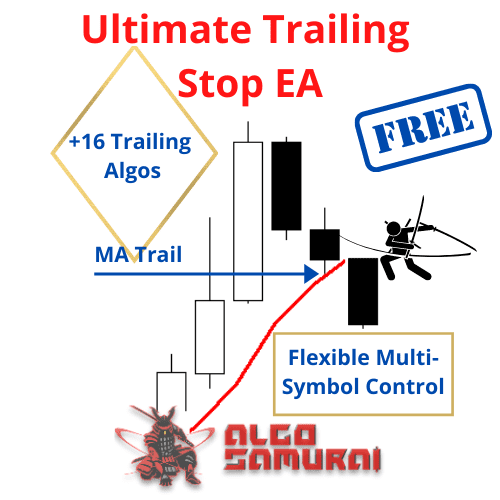 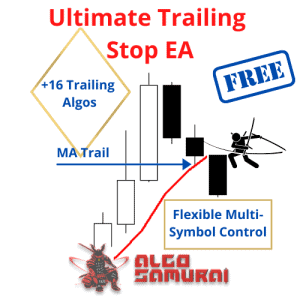 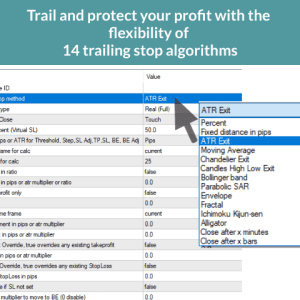 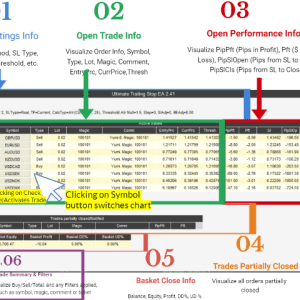 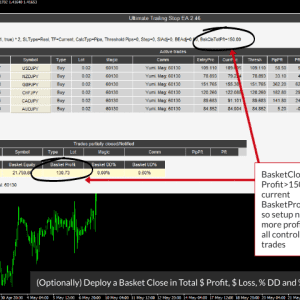 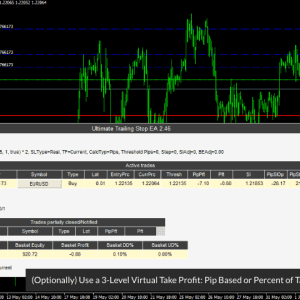 Visualize all orders and their trailing stop levels in a beautiful trade control panel.